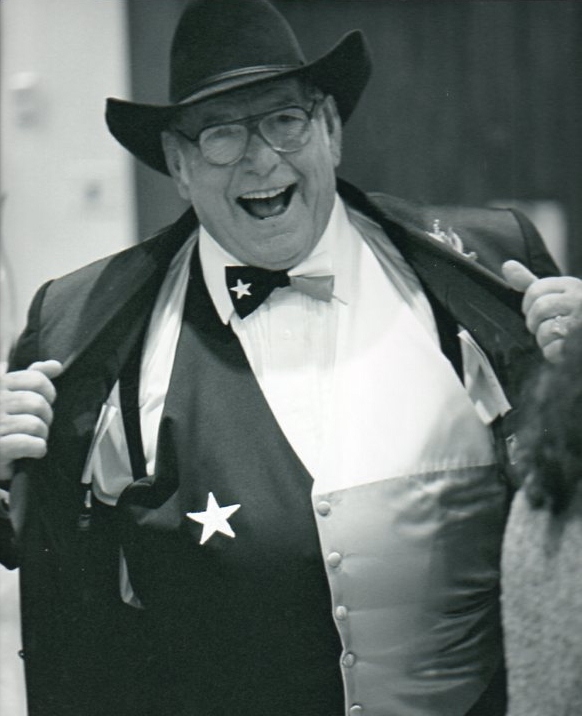 My father passed away last night. Here’s the full, detailed obituary that we published in the Groveton newspaper:

John Elvin Parker of Groveton, Texas, passed away on Sunday, February 12, at Houston Hospice at the age of 78, after a battle with leukemia.

He was born on September 26, 1933 in Groveton, Texas, on Magee Bend, to the late Jake Jefferson Parker and Hester (Wright) Parker.

John graduated from Jeff Davis High School in Houston and served his country in the U.S. Air Force as a combat flight engineer in the Korean Conflict. After he was discharged, John attended Sam Houston State University for his undergraduate and masters’ studies in agricultural education, and did his doctorate work at Texas A&M University. He was a member of Alpha Chi national honor society for colleges and universities. He spent many years as an influential agriculture teacher in Houston Independent School District, at Jeff Davis, Ross Sterling, Lamar, and Sam Houston High Schools. He owned San Felipe Texaco in Houston for 17 years, and ran other businesses in the steel and construction industries. After selling the Texaco business, he taught Animal Science as a professor at Houston Community College. When he retired to his beloved East Texas Piney Woods, he and his brother, Donald, operated a hay baling business in Groveton.

As an agriculture teacher, John was very active in the Future Farmers of America (FFA), and won a national award for increasing the membership and participation of the local FFA chapter at Sam Houston High School. He also advised a Ross Sterling student who had a heifer that won scramble champion Santa Gertrudis, open show Santa Gertrudis champion and grand champion at the Houston Livestock Show and Rodeo. He advised his son, John Parker Jr., in selecting and raising what became the reserve champion and the grand champion steers at the Spring Branch FFA chapter livestock show.

He’s survived by his two children with his late ex-wife, Aurora Rodriguez-Parker: Pamela Parker Caird and her husband Michael, of Liberty Hill, Texas; and John Parker Jr. and his wife, Sheryl, of Sugar Land, Texas. John had five grandchildren, Allison, Abigail and Lance Parker; and Callum and Rory Caird. He is also survived by many nieces, nephews and numerous good friends.

In addition to his parents, he was predeceased by his sister, Opal (Parker) McGraw, and his brothers, Jake Jefferson Parker Jr. and Donald Wayne Parker.

A funeral service will be held at the Cartwright Funeral Home at 1019 West First Street in Groveton, Texas, on Thursday, February 16, at 11 a.m. A viewing will be held on the Wednesday night before the service, between 6 and 8 p.m. A memorial celebration will take place on the following Saturday at his son’s home.