You are here: Home / Events / The Festive Season Update: 2017 Edition 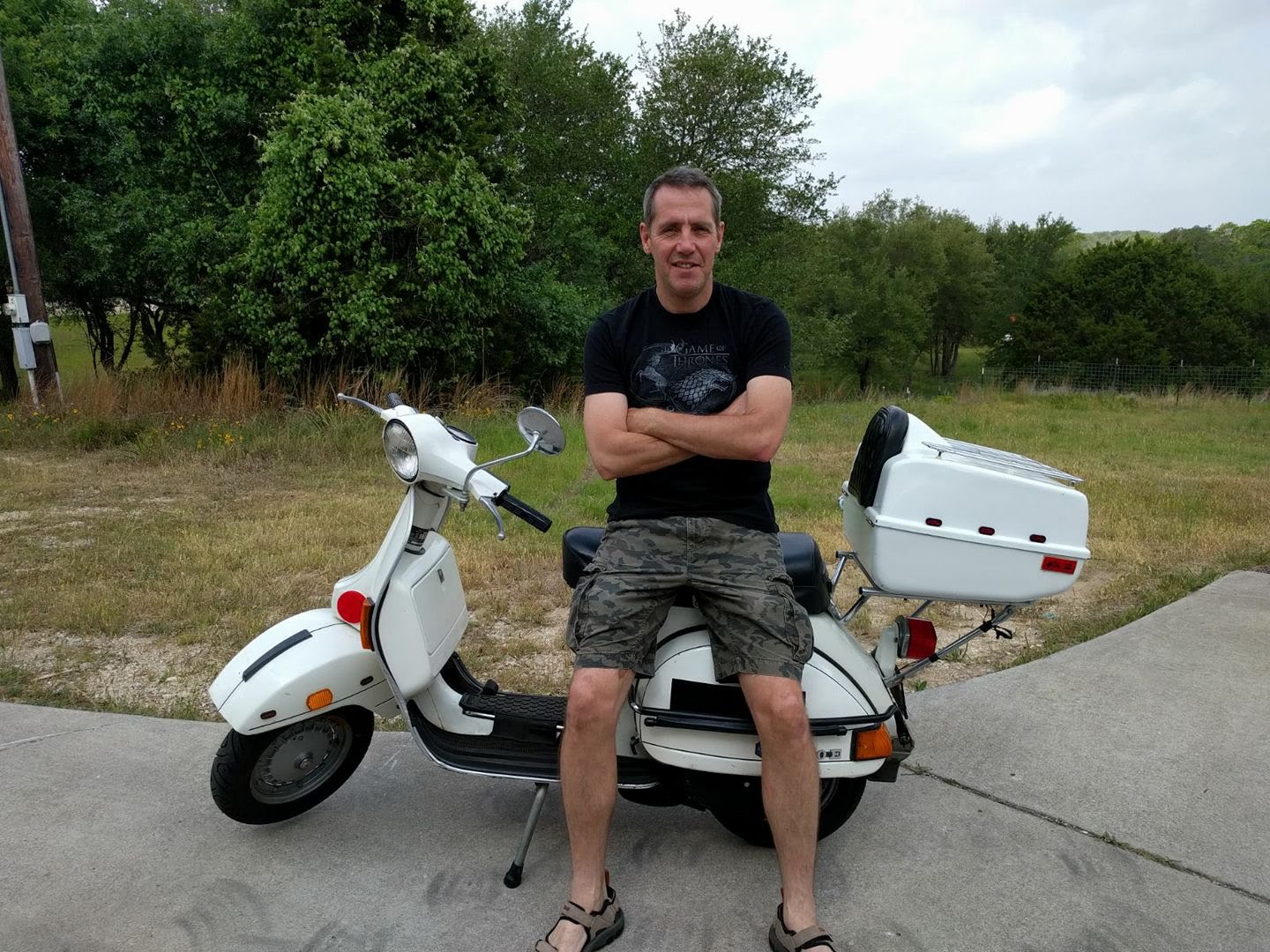 Well, I’ve just sent Michael off with the Christmas cards, after a marathon session of sticking, stuffing and licking. And yet, I’d like to catch up with friends and family in a much more in-depth way (I miss you!!!), so I thought I’d do the equivalent of an “annual newsletter” right here on these virtual pages. (Please send along your own updates in email or in the comments!)

While it’s difficult to encapsulate a year in a few words, I’ll begin with the important stuff: we’re all healthy, safe and fully employed, both at work and school. We’re still in Liberty Hill, Texas, an area Northwest of Austin that’s undergone dramatic growth since we moved here in 2010.

Measures of growth: the second Domino’s Pizza just opened and a Dairy Queen is on its way. More interestingly, an Austin Community College campus is being built somewhat nearby, putting continuing education within comfortable reach. Meanwhile, the local school district has grown to include three different elementary schools.

For me, it’s been an exciting year. I got a new supervisor at work who is both inspiring and driving me to make my team’s work better than ever. Meanwhile, on the personal side, I’ve begun working with a stellar personal trainer who spurs me to the gym at 5 a.m. every Friday morning. My fitness progress has been up and down, but the general trend is up and to the right — it’s definitely something I’ll be continuing in the coming year.

Meanwhile, I’ve started collaborating with the local newspaper to create a business directory and local resource website to help bring together this fast-growing community and to support locally-owned businesses. It’s just a side gig, but it’s a great way to get and remain plugged into what’s happening around us, which is always interesting if not always positive.

You’d get some insight into my hobbies if you watched the flow of mail into the household. There’s always another envelope from China containing some tiny electronic part or another. That’s because I’ve combined my interest in home automation with my tendency to be a bargain hunter — you can build your own smart home devices pretty cheaply, it turns out. That’s also fed my do-it-yourself inclinations, and I am now the proud owner of a jigsaw, an oscillating tool, a drill and a rotary tool.

Michael celebrated a big milestone — the big five-oh, they call it — this year, and his big birthday present will help him relive his youth as a British Mod.

Oh, yes, that’s a Vespa, which is definitely a scooter and not a moped, according to the Texas Department of Public Safety, despite what his children will tell you.

Meanwhile, The Knitting Mill is going strong and keeping him busy, but he manages to squeeze in football/soccer games with the boys now and then. He’s also a fierce competitor in fantasy leagues both in American football and the British version.

It’s hard to believe, but Callum entered JUNIOR HIGH this school year. This means he’s now got a locker at school and 8 different teachers (one for each class), but, most importantly, it means he’s now playing football (the American kind) on the official school team.

His daily football practice during the season also introduced him to his new favorite sport — powerlifting. He’s a strong lad, and he’ll only be getting stronger if the trend continues! (There’s no official powerlifting team until High School, which he’ll enter in a couple of years.)

He’s doing well on the academic side, as well, and has been placed in both Advanced Math and Advanced Language Arts (English, reading and writing). Advanced Math hasn’t been his favorite subject, but he’s starting to get a lot more comfortable with it. And he’s always enjoyed Language Arts, just like his mother.

In his copious spare time, he’s struck up a fast and firm friendship with his cousin, Lance, with whom he plays online computer games at every opportunity.

Rory is also in the middle of an important school year, as 4th grade is his last in Elementary School (he goes to Intermediate next) and it marks the first time he’s had specialized teachers in Language Arts and Science/Math.

That stupendous school-district growth I mentioned resulted in the school having to hire new teachers after the academic year started, and Rory was among those chosen to move over to the newly-formed classes. He hasn’t missed a beat, showing that the school’s faith in his resilience and adaptability were well placed.

His spare time is typically spent building imaginative things, either in the virtual world (Minecraft) or in the real one (train layouts and Scalextric race courses). He also loves riding his bicycle and especially the hoverboard he got for his birthday this year.

Late breaking update (this video was made as I was writing the rest of this post):

Our big vacation this year was spent on an RV road trip with two other local families, which involved a drive to our closest National Park, Big Bend. It’s a part of the world that none of us had visited before, and we thoroughly enjoyed canoeing and hiking in the wide open spaces near the Texas/Mexico border.

Probably the highlight of the trip was our last night in the RV park, when, just as we were busy preparing a dinner of hamburgers and hot dogs, a dramatic desert thunderstorm suddenly came upon us. All of the members of all three families quickly abandoned our picnic tables and madly rushed to haul all of the gear and the food/drinks to the RV park’s common building amid the downpour.

We were surprised to find that we had the place all to ourselves, so, naturally, a party atmosphere set in. There’s nothing like the cozy feeling of being inside, safe and warm, while a thunderstorm rages outside. Being amongst friends — and so many of them — just made it all the more special.